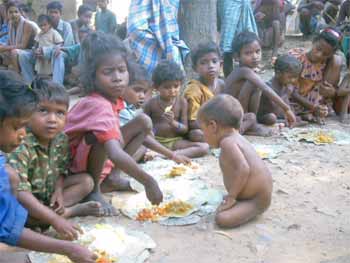 We would like to thank all of the donors who have helped sponsor the food relief activities in March. Below are some recent photos of the food relief activities conducted this month.  The photos below are from the Adivasi village of Ulanga. Previously in January we had also conducted distribution of blankets and clothes to all the children of the village. In the pictures below you can see some of the children wearing those clothes that were distributed in January. At present we are conducting food distribution programs in this village four times a month. 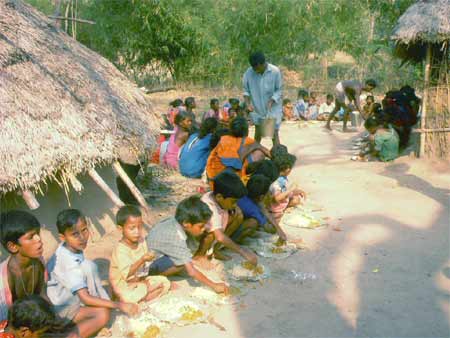 This month the Ashram has begun a weekly Sunday school for children. At present 40 children are attending each week, though we plan to increase this to 200 by the end of the year. Through the Sunday school program we hope to build character and morality in the children from a young age so that they can grow up to be productive members of society. Often due to the immense poverty of the region, the youth take to bad habits such as drinking from a young age. Through education and caring we hope to keep the children on a positive track so that they can be protected from the negative environment that surrounds them. Each week following the Sunday school the children are also provided free nourishing meals.

In our previous newsletter we had mentioned our plans for installing tube wells and hand pumps in one dozen villages in Bhadrak district to combat water scarcity. So far we have completed installation of 5 tube wells, and plan to install another seven over the next two months. Each tube well will provide clean drinking water for over 300 people in a village.

I would like to again thank all of our friends, donors and members who have contributed towards these projects. Some photos of the recent relief work are included below. 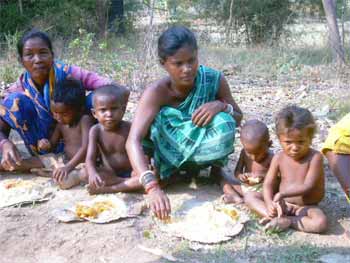 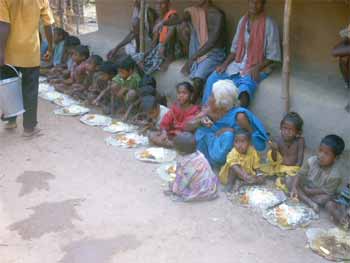 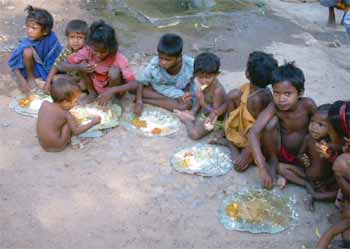 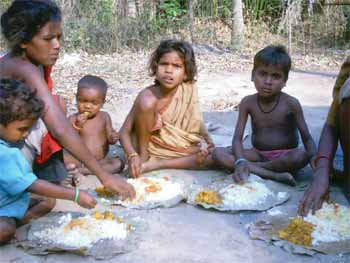 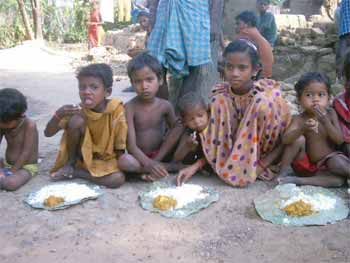 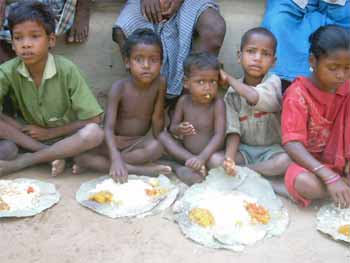 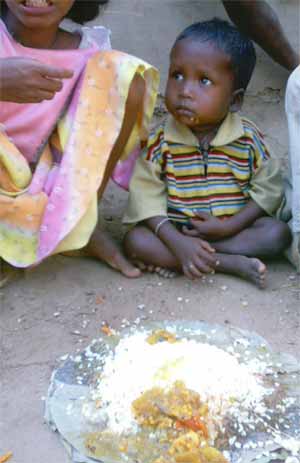 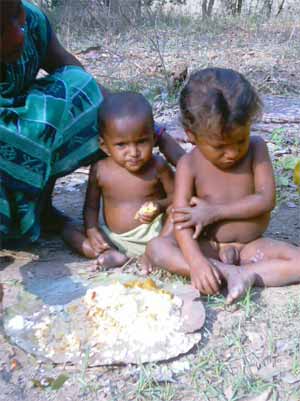 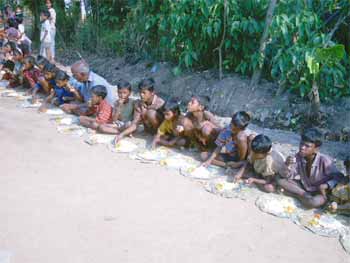 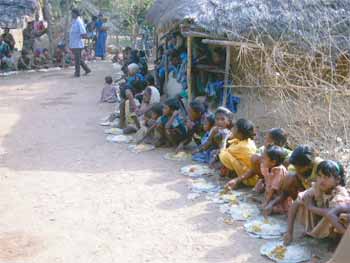 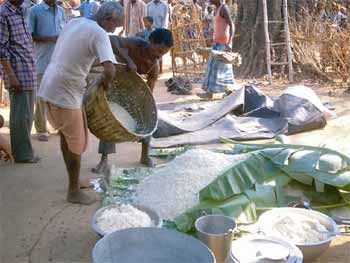 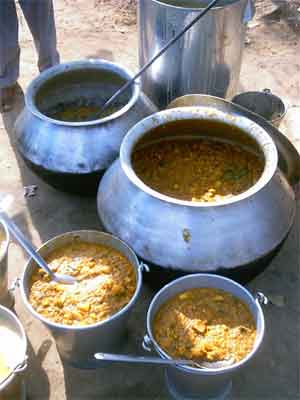 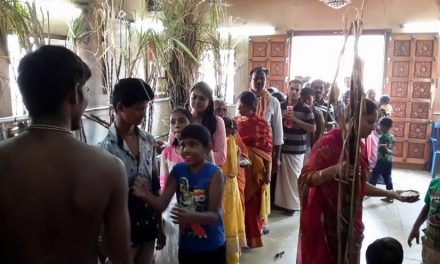 Distribution of Sugarcane for Pongal Celebrations at Our Ashram in Chennai 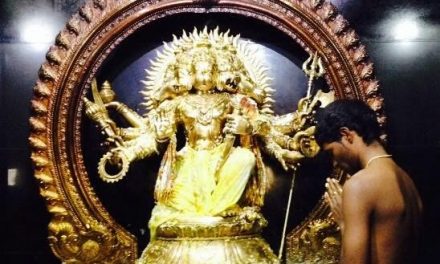 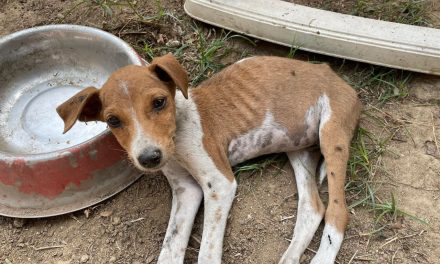 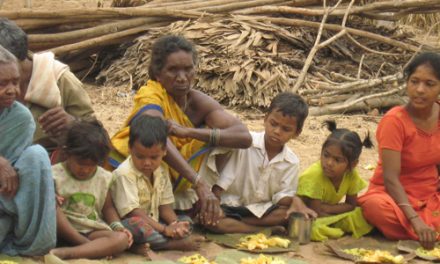