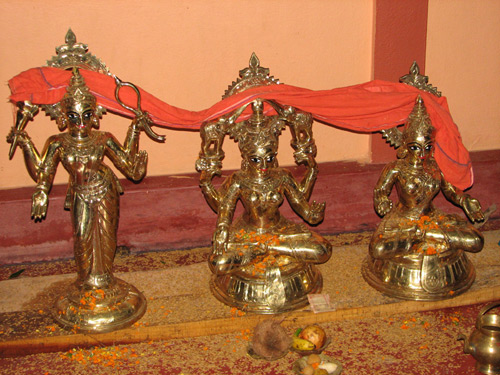 Vimala Devi, Sri Devi and Bhu Devi prior to installation.

On the auspicious occasion of Puri Jagannatha Ratha Yatra, the sacred deities of Sri Devi (Lakshmi), Bhu Devi and Vimala Devi were installed at the Bhaktivedanta Ashram in Bhadrak, Orissa. Each deity has been crafted from 110 kilograms (242 lbs) of ashtadhatu metal (a combination of eight metals: gold, silver, copper, zinc, lead, tin, iron, and mercury), and they are each approximately two and a half feet tall. Work on these sacred deities had begun more than two years ago, and it has finally culminated in the pranapratishtha ceremony held on Ratha Yatra day.

According to Puri tradition, no Jagannatha temple is complete without the presence of these three divine shaktis of the Lord, who are His eternal servitors and devotees. In Puri it is believed that the daily bhoga offerings cooked for Lord Jagannatha are actually cooked directly by Lakshmi Devi, with temple devotees acting only as instruments. After offering the bhoga to Lord Jagannatha, the prasadam is then offered to Vimala Devi, whereby it becomes mahaprasadam. The scriptures state that this Jagannatha mahaprasadam has the special potency to grant mukti to anyone who eats it.

Sri Caitanya Mahaprabhu has taught us that the secret to approaching Lord Krishna is to approach Him through His devotees. Mahaprabhu said:

“Lord Krishna has declared in the Vedas and Bhagavata Purana, ‘Worship of My devotees is superior to worship of Me.'”

The same instruction is spoken directly by Lord Krishna to Arjuna in the Adi Purana:

Thus the presence of Sri Devi, Bhu Devi and Vimala Devi provides us all a wonderful opportunity to approach Lord Krishna through service to His pure devotees. Srila Prabhupada has explained this as follows:

“Nobody can be better devotee than Radharani. So as soon as Radha’s name is there, Krishna is more pleased. So that is the way. If we glorify the devotees, the character of the devotees, before the Lord, He’s more pleased than to glorify Himself.” – Srila Prabhupada, Lecture on Srimad Bhagavatam 7.9.11-13 (March 24, 1969)

I would like to thank all of the devotees who have helped in various ways to complete this service of installing these sacred deities of Sri Devi, Bhu Devi and Vimala Devi. I pray to Lord Jagannatha, and to His divine consorts and shaktis, that everyone involved in this service receives unlimited spiritual blessings for their offerings of love and devotion. 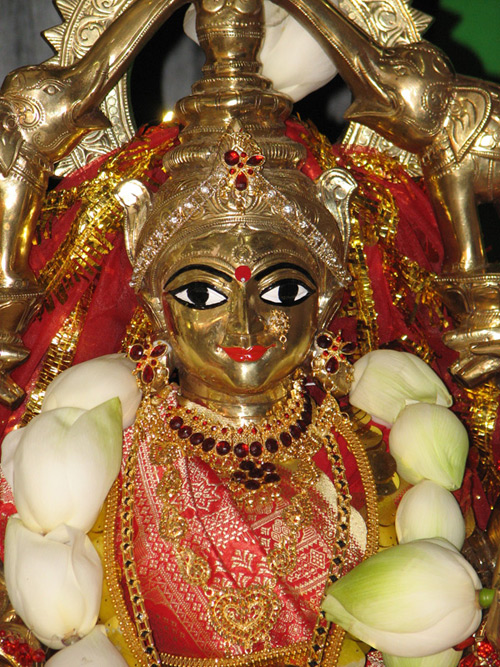 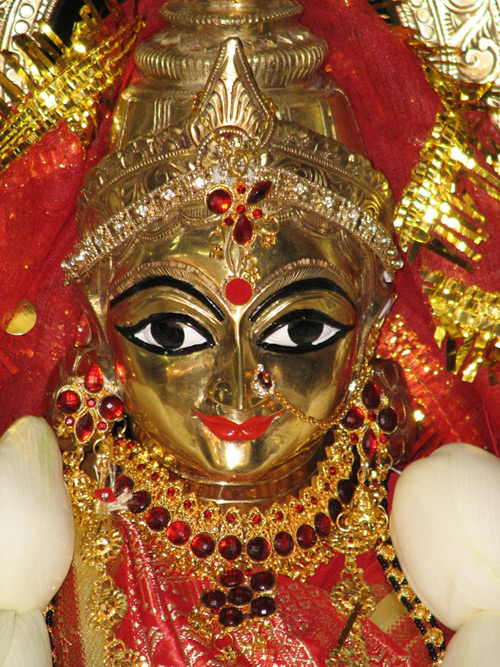 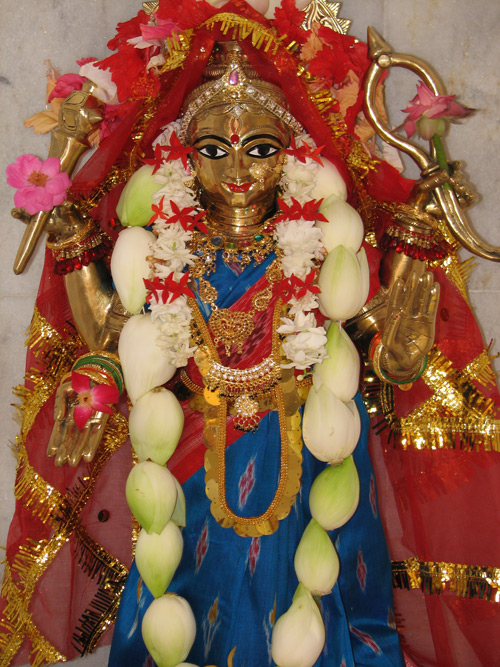 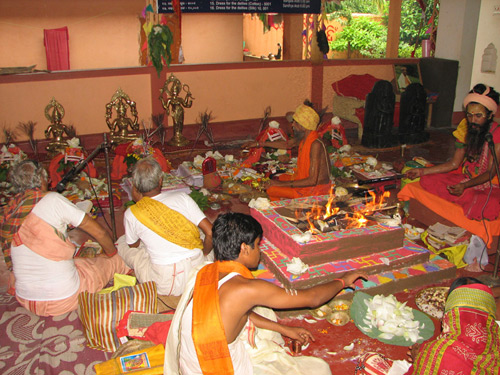 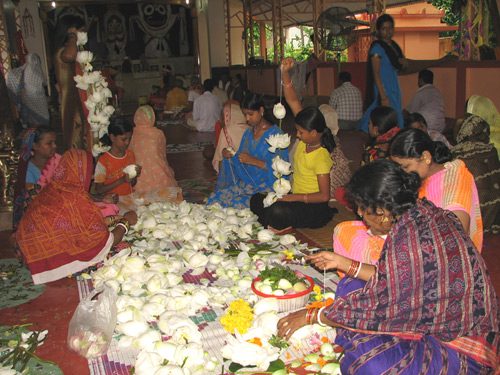 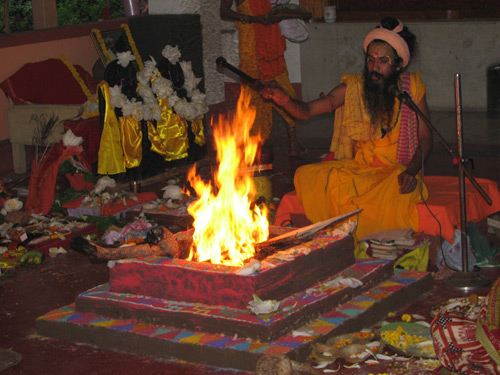 Offering oblations of ghee into the sacred fire. 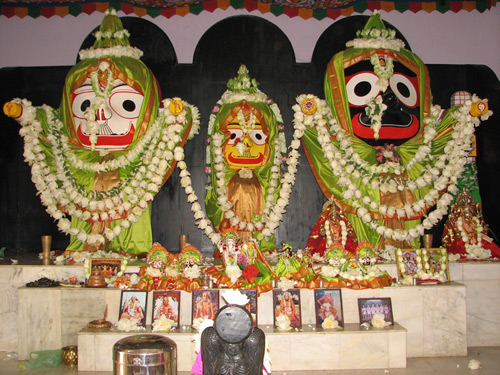 Lord Jagannatha with Sri Devi and Bhu Devi at His lotus feet. 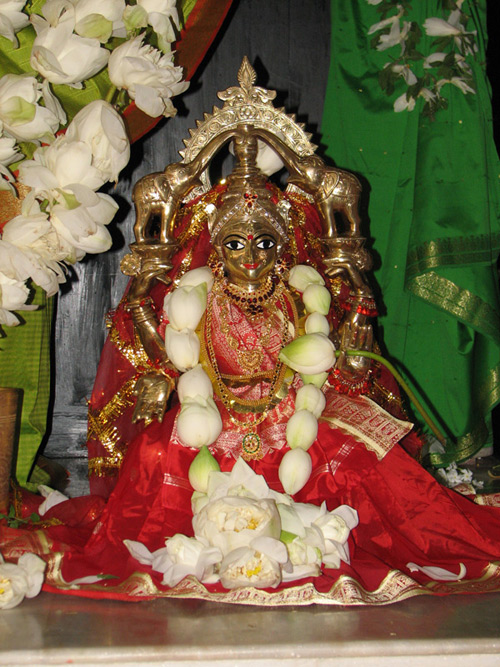 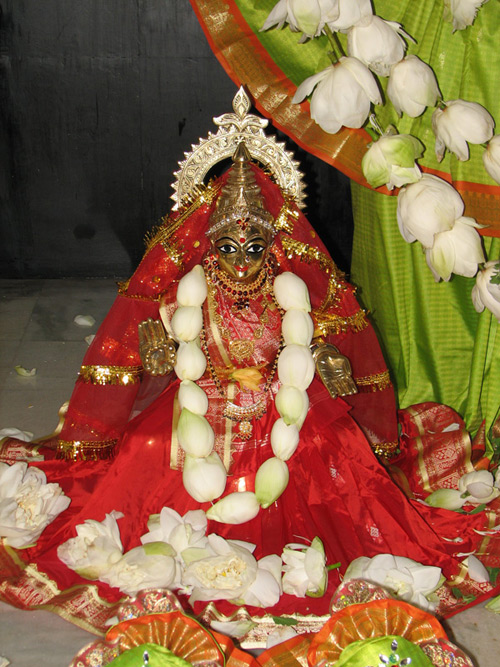 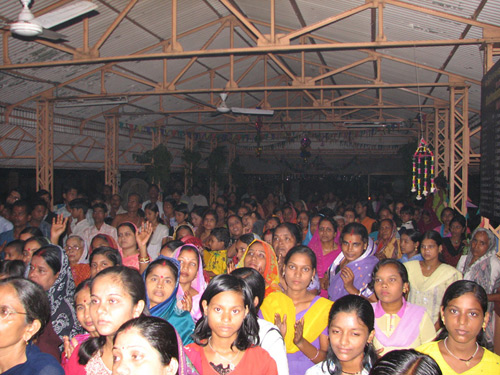 Thousands of devotees came for darshan of the new deities. 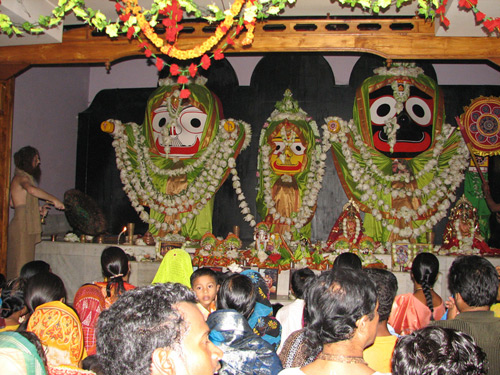 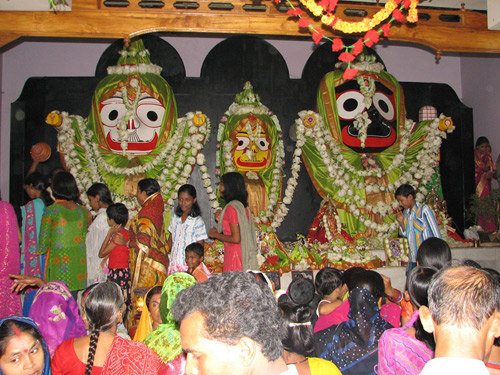 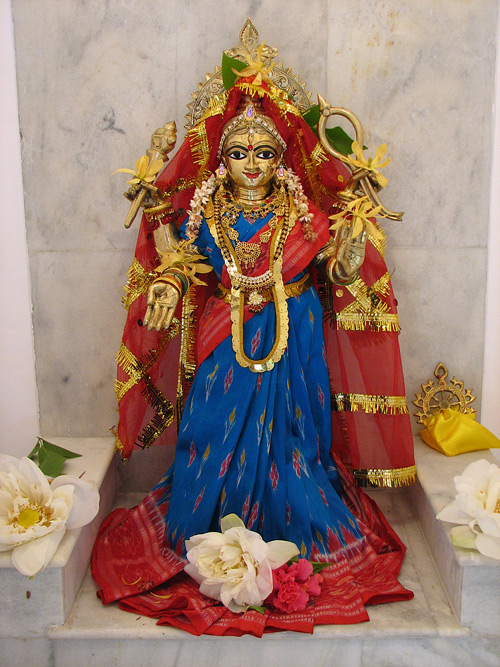 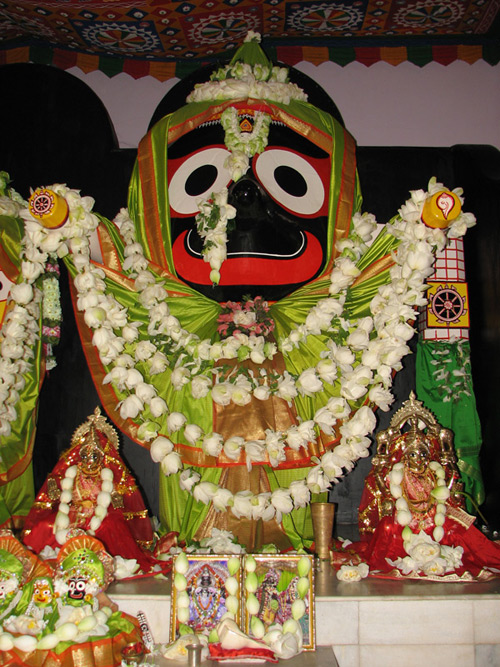 Sri Devi and Bhu Devi sitting at the feet of Lord Jagannatha.