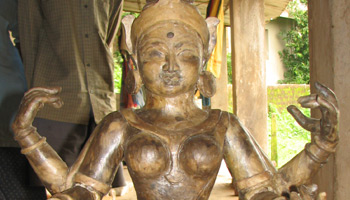 In a previous newsletter we had mentioned the upcoming installation of Sri Jagannatha, Baladeva, Subhadra and Sudarshana deities at the Bhaktivedanta Ashram in Bhadrak, Orissa. Panditas from Puri have determined May 22nd to the 24th to be the auspicious time for the prana pratistha ceremony and kumbhabhisheka to take place. Accordingly all preparations are being made for the occassion. Besides the main Jagannatha deities, three other deities are being cast out of ashtadhatu (a combination of eight metals: gold, silver, copper, zinc, lead, tin, iron, and mercury).

The deities will include the two Lakshmis who sit at the Lord’s feet in Puri (Sri Devi and Bhu Devi), as well as Vimala Devi. Each deity will be approximately 2 feet tall and weigh around 100 kilograms. Casting of these deities will begin within the next few days in Kantila, the traditional center of Orissan deity casting. Kantila is also the home of Nilamadhava, the original deity after which Puri Jagannatha was made.

The casting process involves several stages, the first of which is making exact models of the deities out of beeswax. Clay is then put on top of the wax deity to make a mold, which is used in the final casting. The clay and wax deities are put into a fire, resulting in the wax melting and the clay hardening, making a hollow mold of the deity. Finally the eight metals (ashtadhatu) are melted and poured into the clay molds and allowed to cool. Once the ashtadhatu metals have cooled and set, the clay molds are broken, leaving only the ashtadhatu deities. Below you can see pictures of the wax deities that will be used in the casting process.

Simultaneously, Orissan shilpis from konaraka have been working on granite deities of Narasimha, Varaha, Vamana and Garuda. These deities will be installed on the four sides of the temple, as is the tradition for Jagannatha temples in Orissa.

As mentioned in our last newsletter, during the prana pratishtha ceremony of Jagannatha, Baladeva, Subhadra and Sudarshana, the Nabhi Brahma will be placed inside a special compartment in the deities’ chest. Several secret items will be installed within the deity, accompanied by special salagrama shilas covered in gold. Last year, devotees from the Ashram had gone to Muktinath in Nepal to search for the necessary shalagrama shilas on the banks of the Gandaki river. Below are photos of the 33 special shalagramas that were collected for the installation. 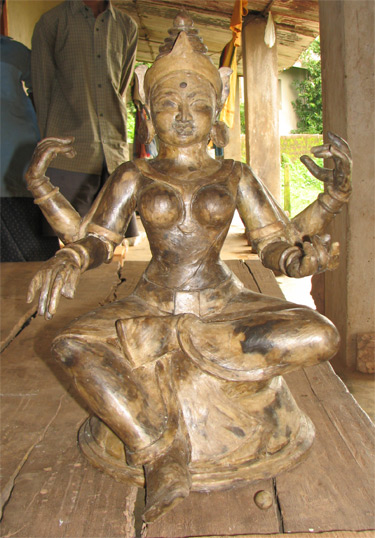 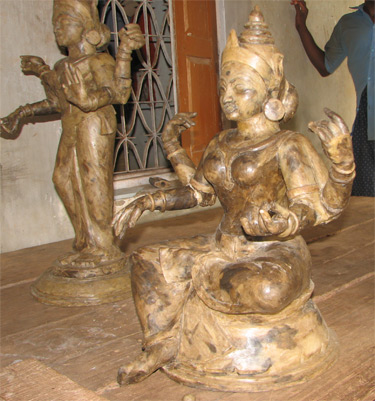 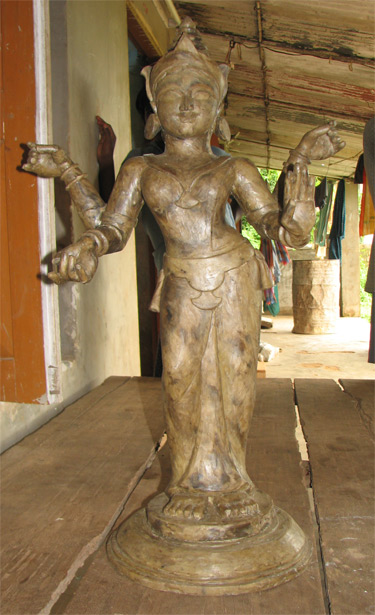 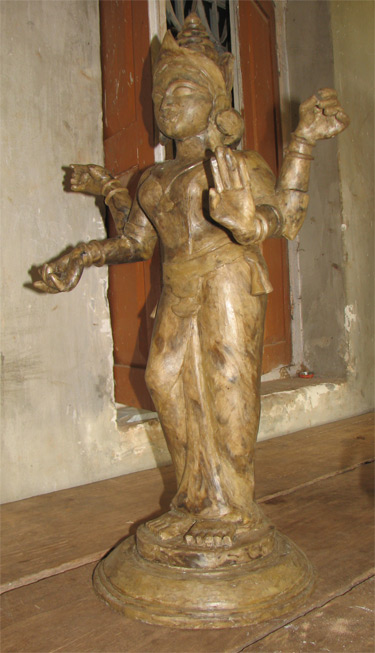 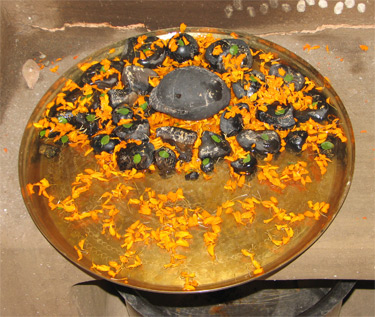 The 33 special shalagramas collected
at Muktinath for the installation. 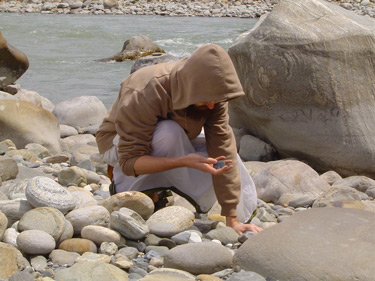 Devotees at Muktinath, inspecting shalagramas
for the required markings and symbols. 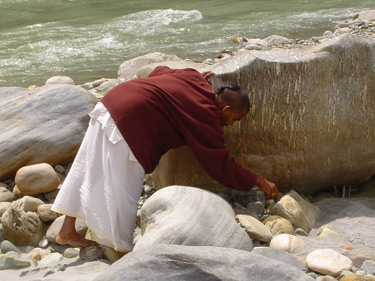 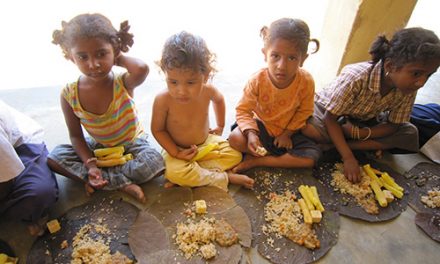 Food Relief for the Children of Ulanga 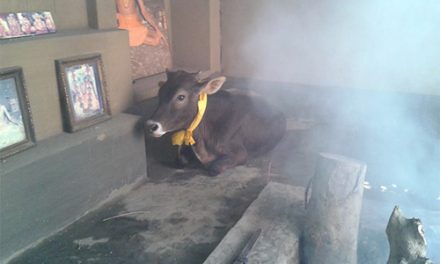 Vamana the Bull Joins the Ashram 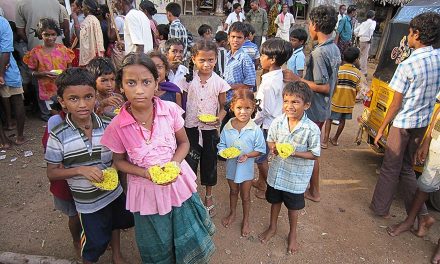