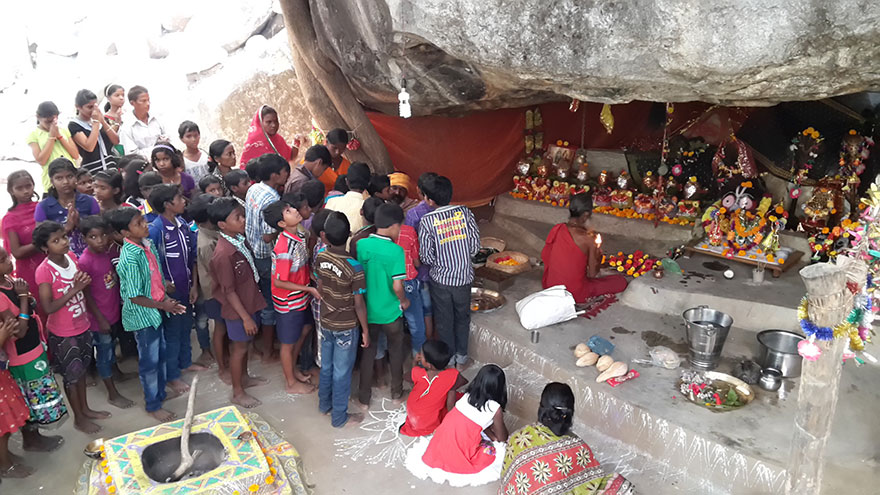 Last month devotees from the Bhaktivedanta Ashram organized the annual Makara Sankranti festival at Dayalu Baba’s Ashram. This is the fourth year that we have helped to organize the festival. This year, for the three days of the festival, we fed over 5,000 devotees who came from all the nearby villages. For all three days there was nonstop cooking and distribution of spiritual food from 9 am till 9 pm.

Dayalu Baba’s Ashram is located on the Bhola Giri mountain range in Orissa, and is considered sacred because Lord Ramachandra resided here during his vanavasa (14 years in the forest). This entire mountain range is filled with places where Lord Rama spent time (in Treta Yuga), and where the Pandavas also spent time (in Dvapara Yuga). Nearby you can find many places of pilgrimage, for example, at one place are some of the bones of an asura killed by Lord Krishna in Dvapara yuga, at another place there is the foot print of Lord Ramachandra in granite stone, and at yet another place there is a sacred kunda dug by Garuda to quench Lord Krishna’s thirst. The entire mountain and forest range is the lila sthana of Lord Krishna and his avataras. For this reason sadhus have been residing in this sacred area from time immemorial.

Every year at Dayalu Baba’s ashram there will be 24 hours of nama sankirtana, chanting throughout the night of Hare Krishna maha mantra, as well as Vedic yajnas and puja. This year there was also the installation of panchaloha deities of Sri Sri Radha Krishna and Sri Sri Gaura Nitai. The altar of the ashram is located in a natural cave under a gigantic granite boulder.

The area is known as “Tiger Cave” because it is located next to a tiger’s den in the forest. Nearby are the sacred asanas of Lord Vyasadeva, the compiler of the Vedas, and the Sapta Rishis. It is considered a very powerful and spiritual place for those who are performing sadhana. It is a siddhisthana, a place that brings perfection to one’s sadhana quickly. 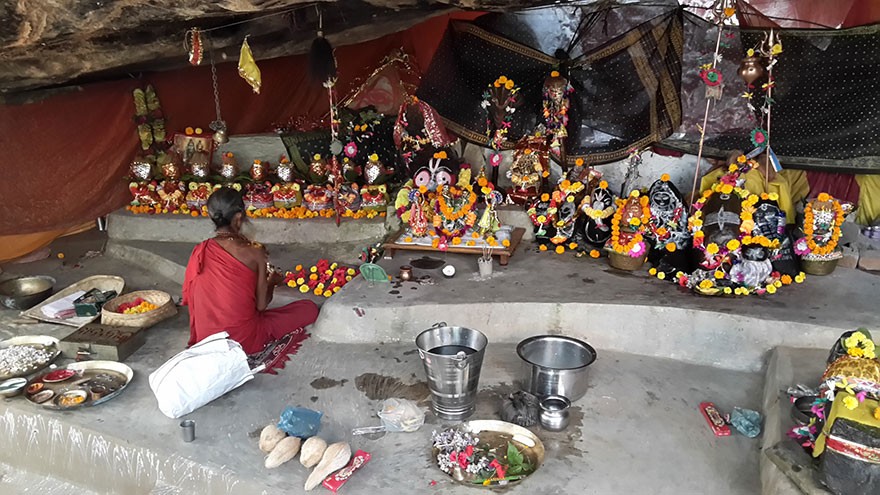 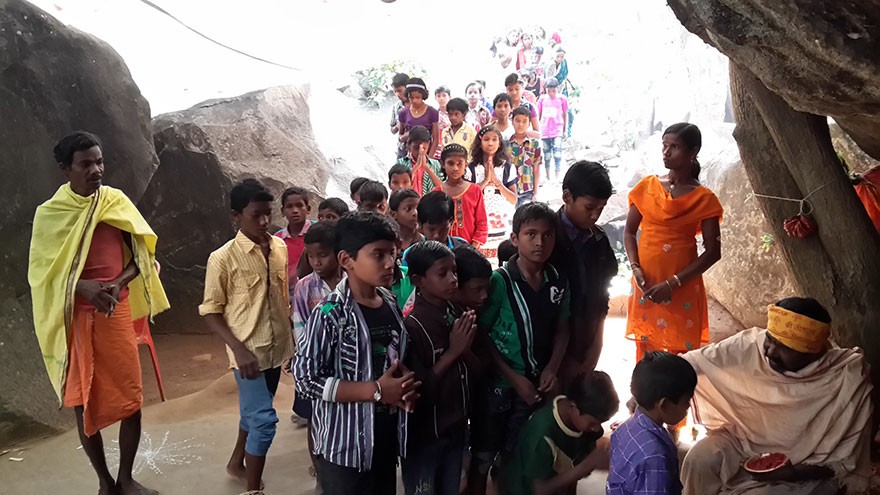 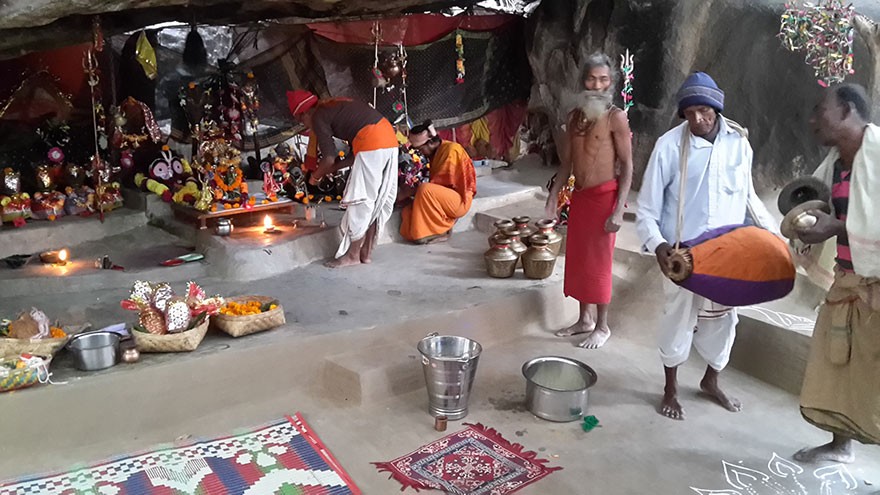 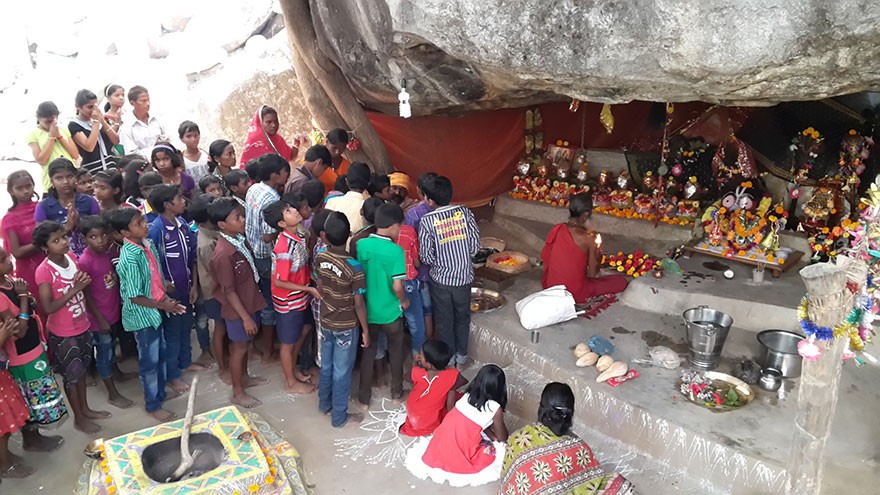 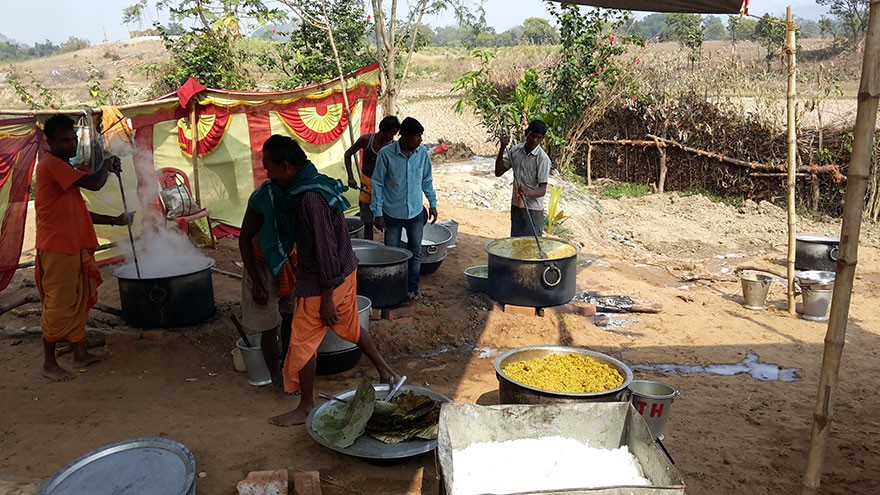 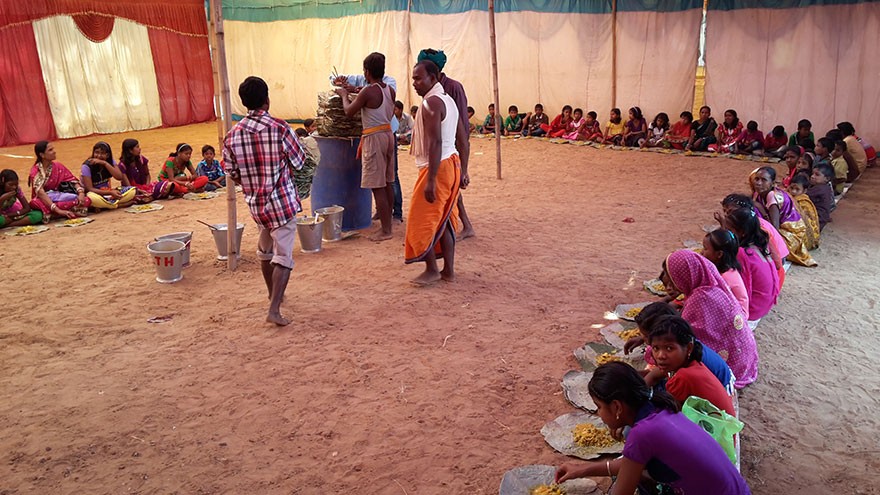 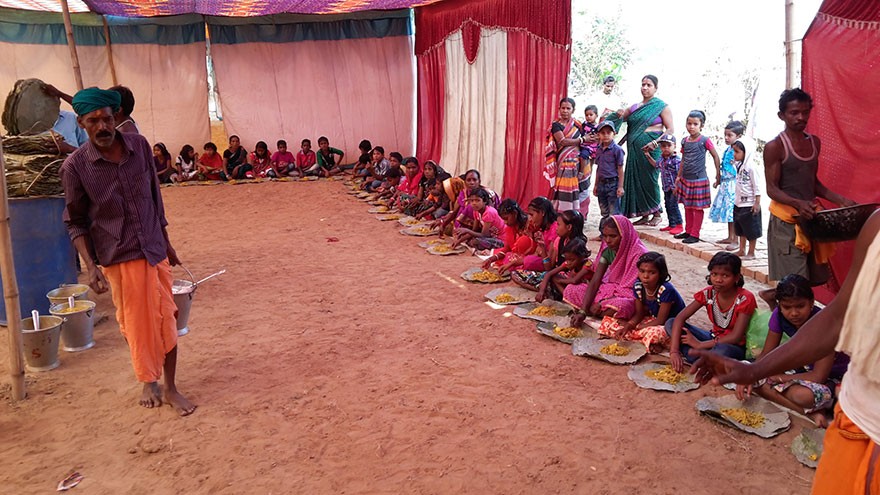 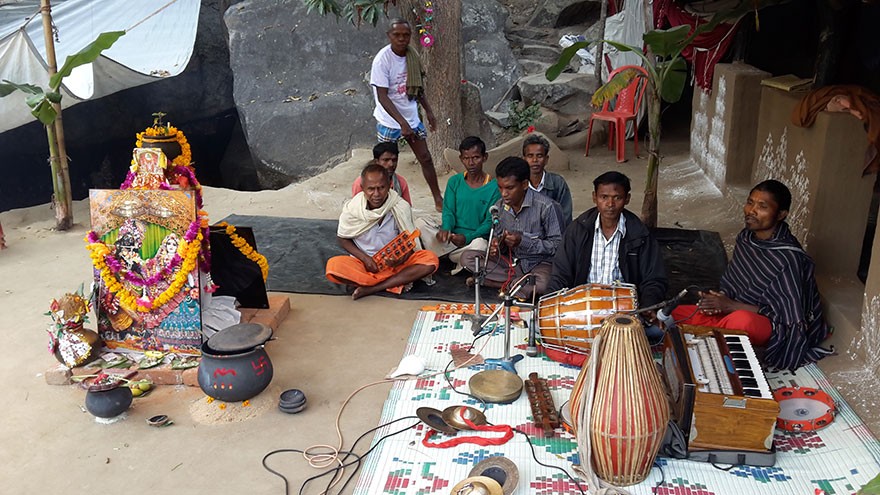 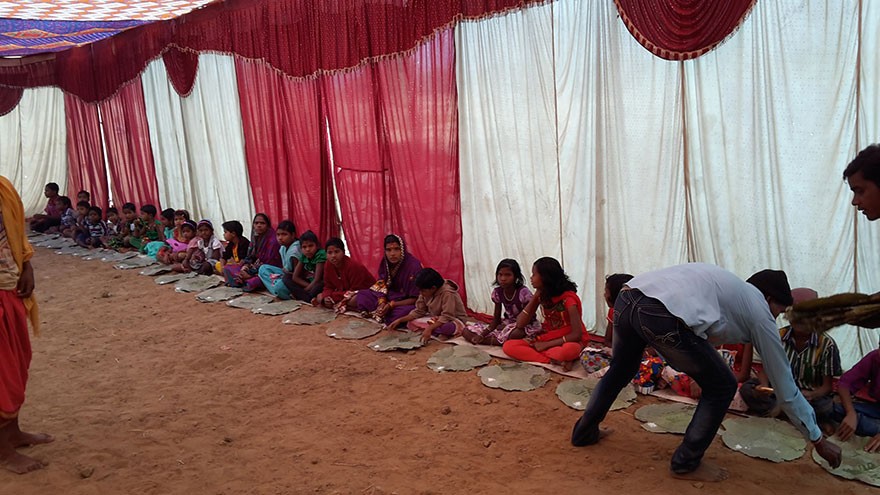 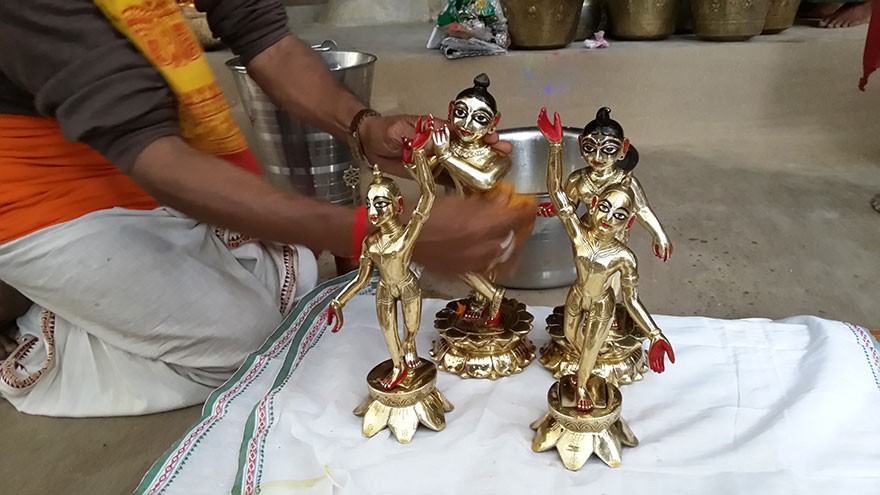 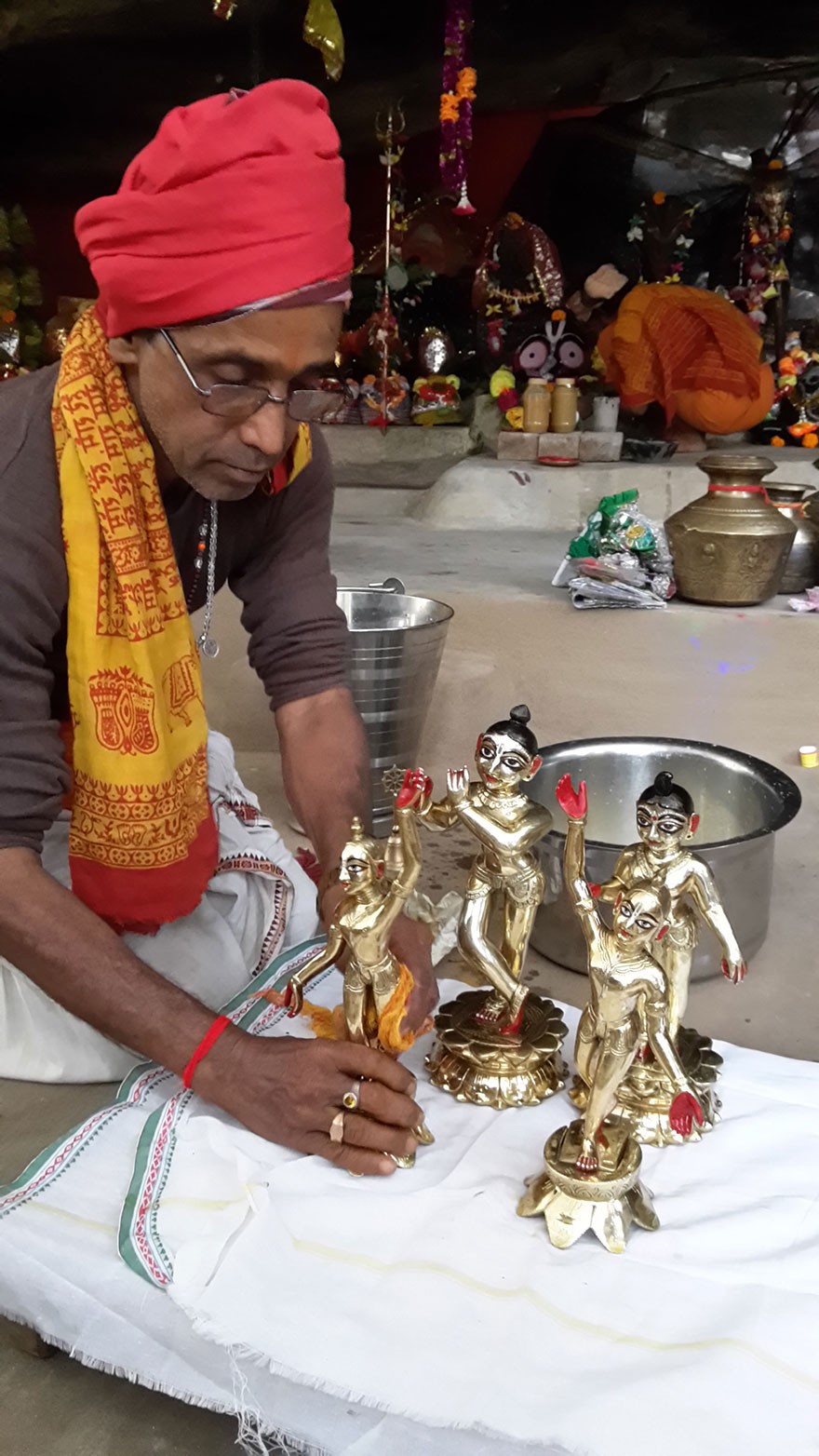 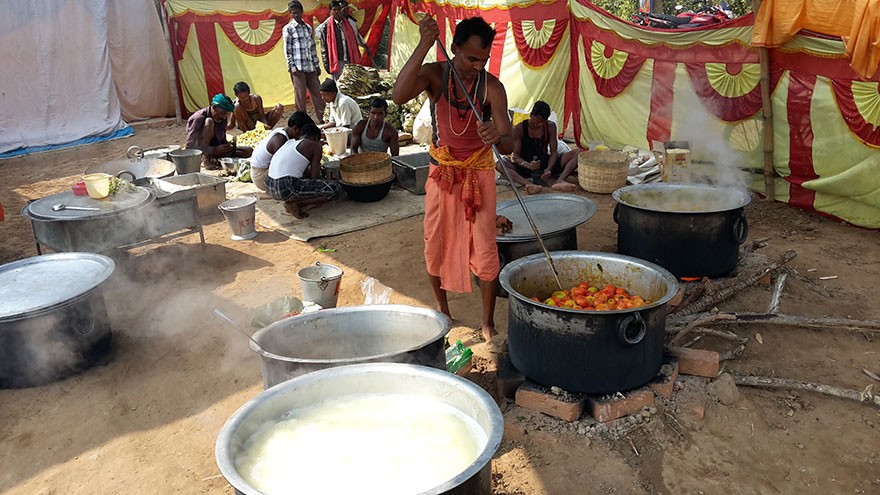 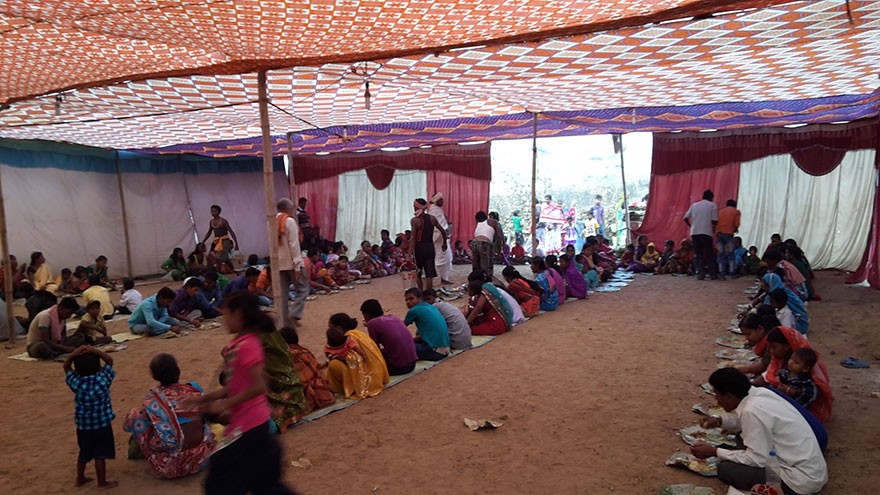 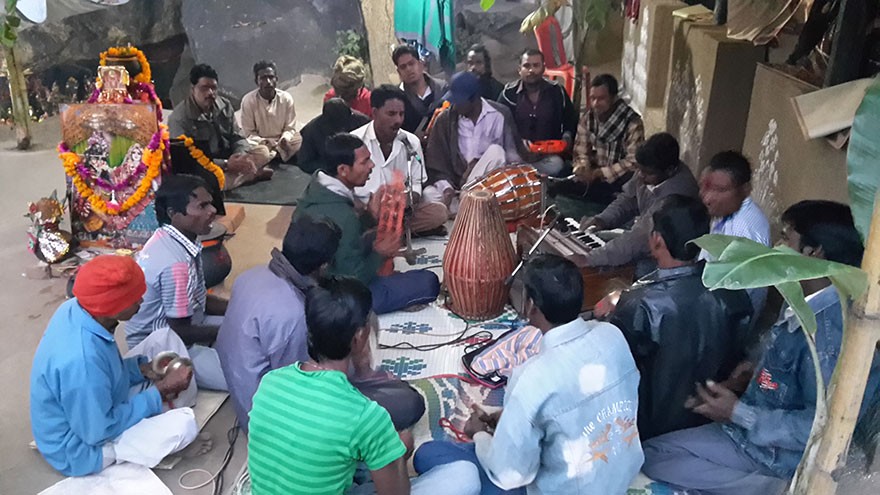 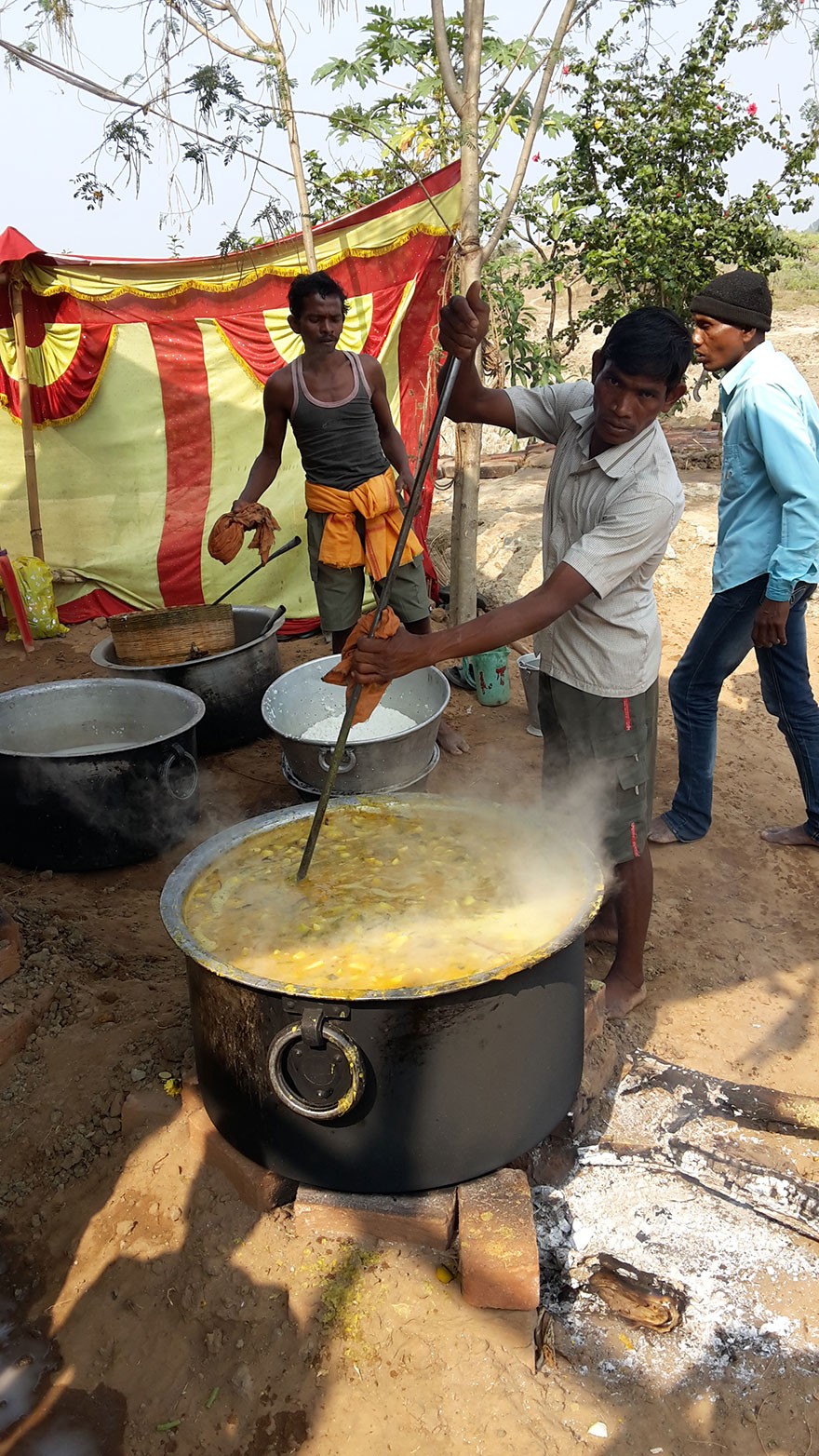 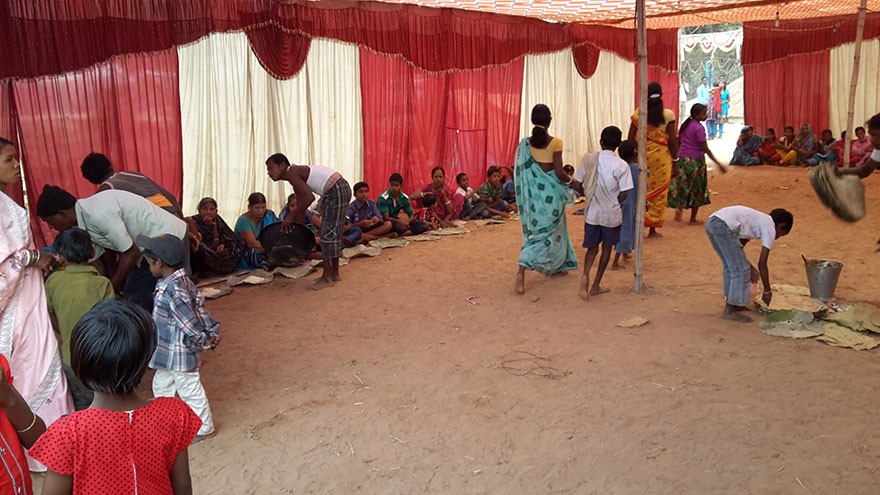 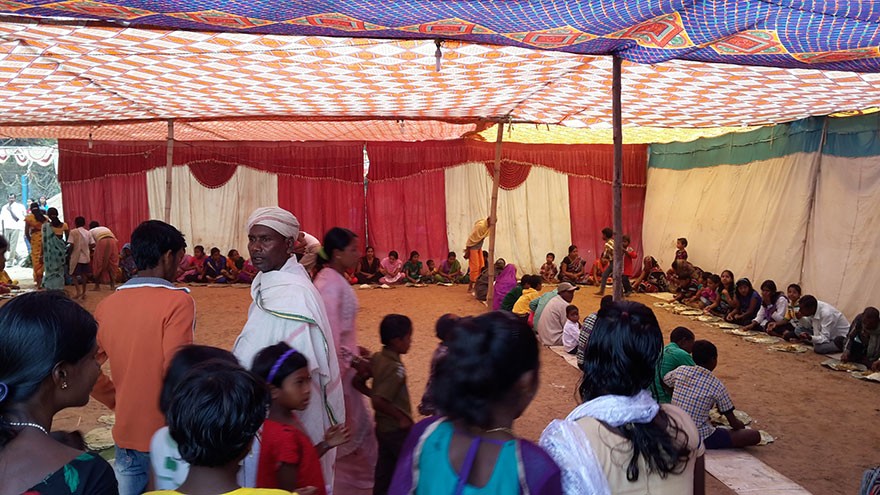 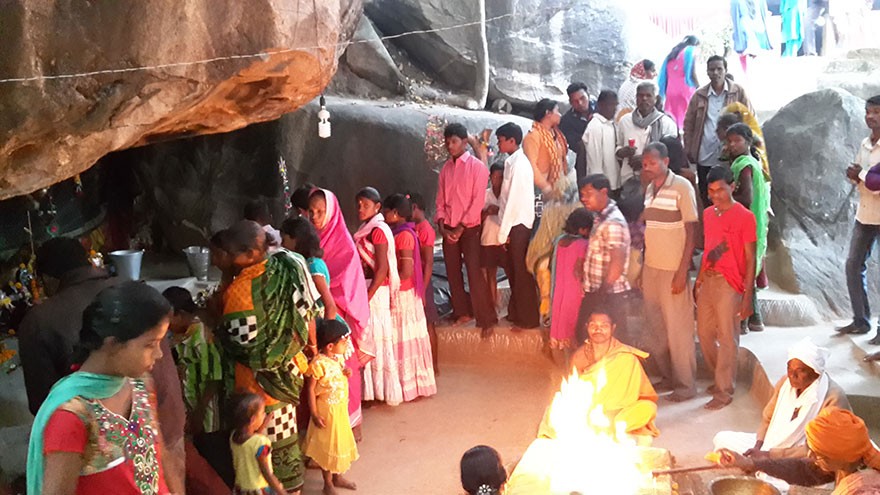 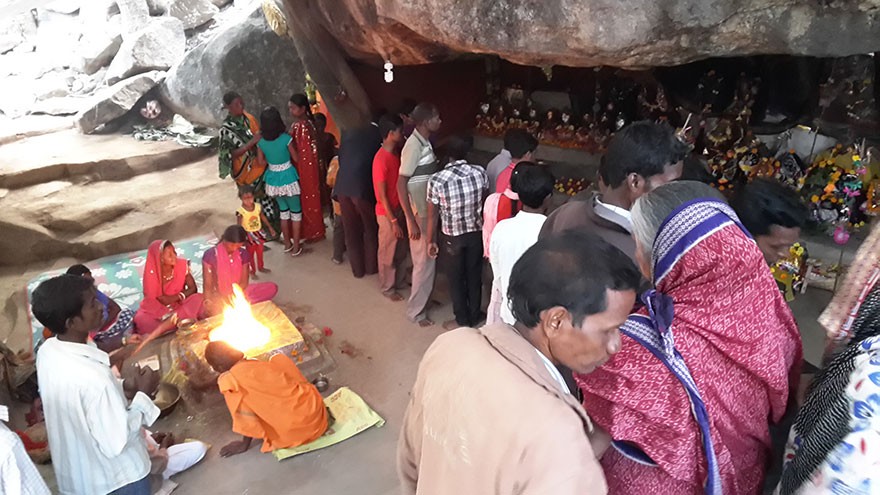 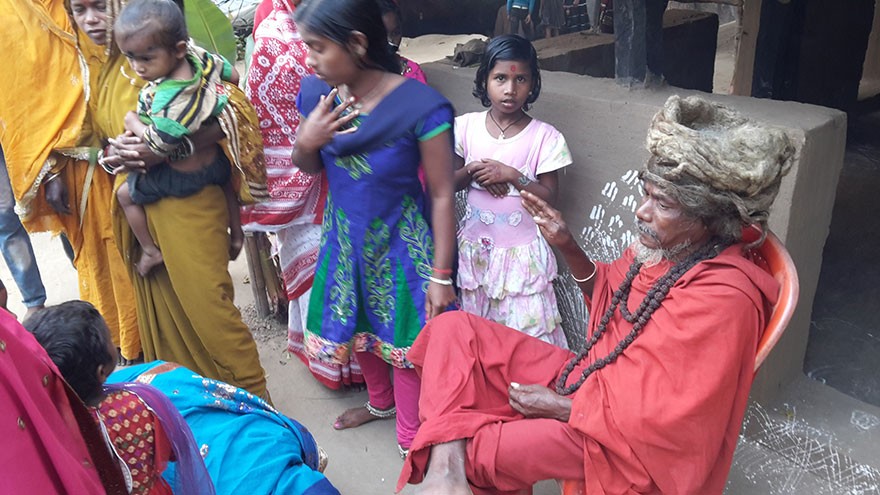 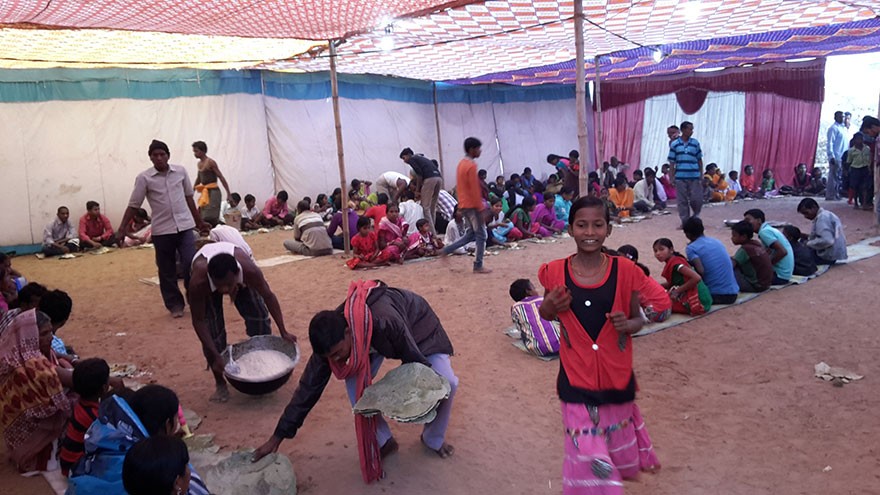 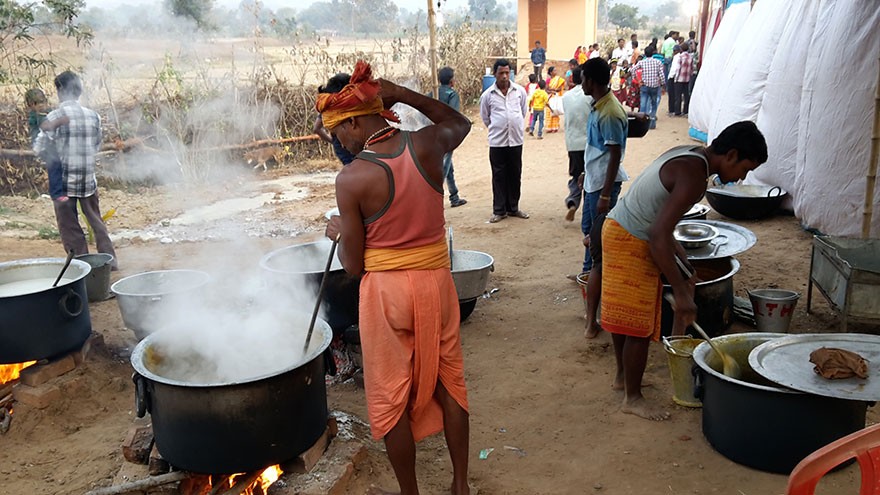 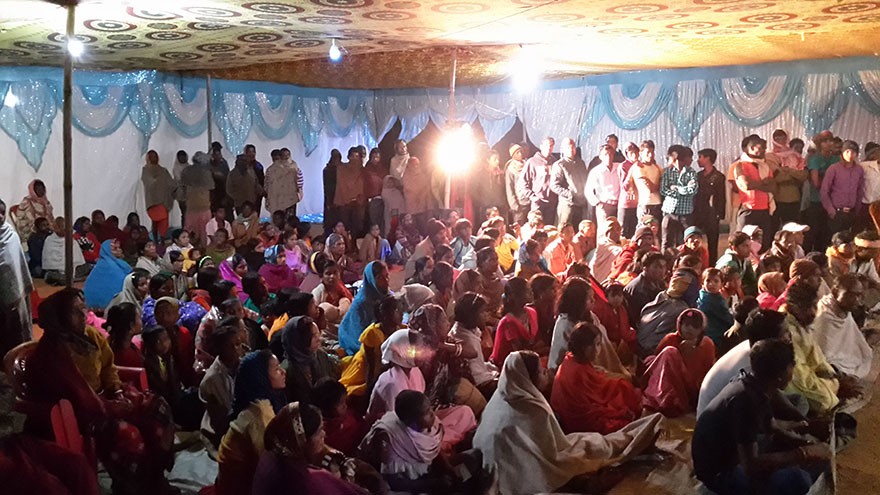 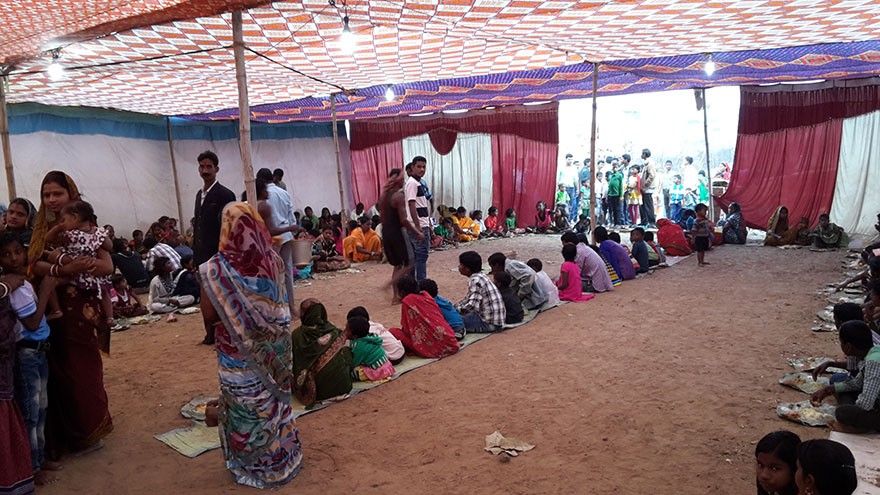 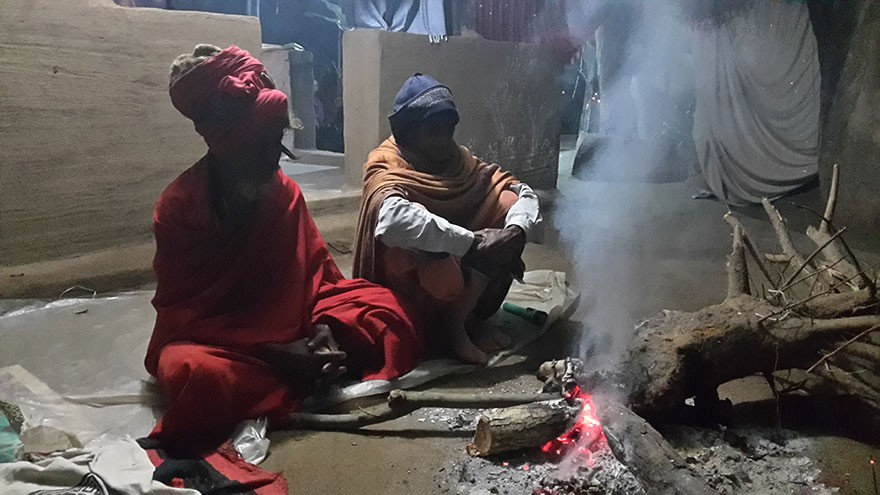