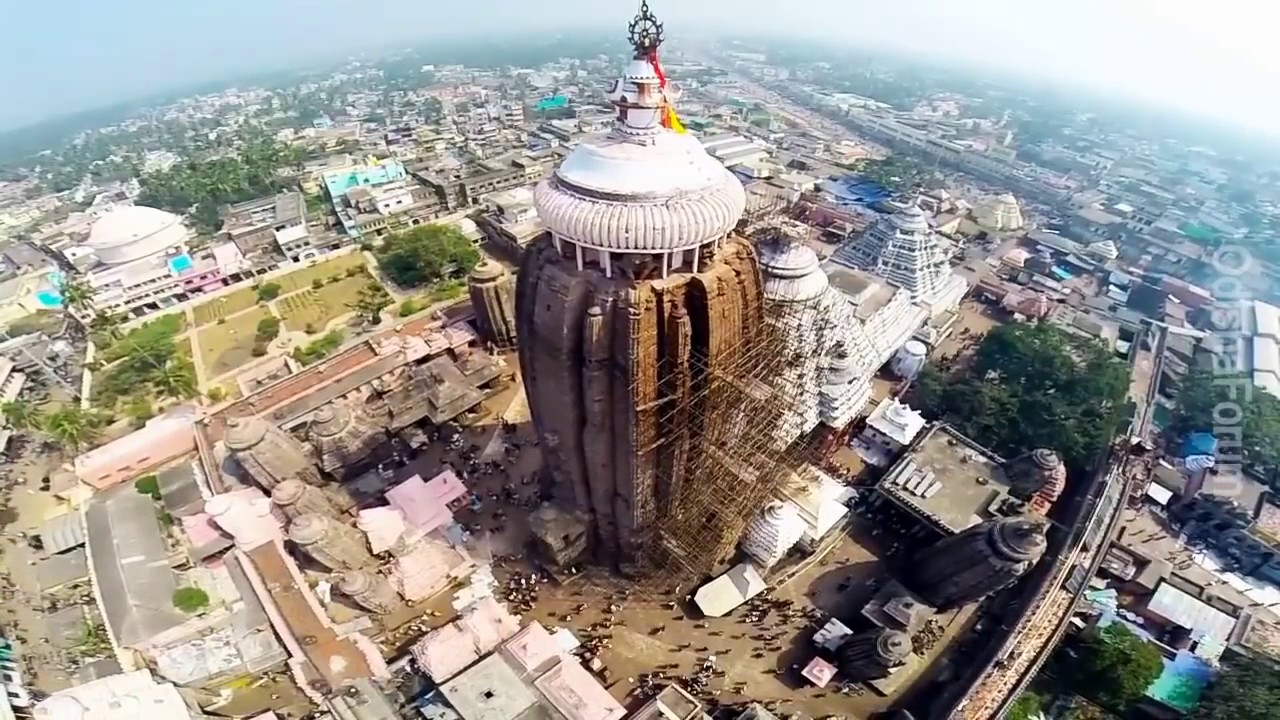 Recently in the news the topic of Puri Jagannatha temple prohibiting western devotees from entering came up due to some unfortunate confrontation between a German devotee and a temple priest outside the temple.

Many devotees tend to say that just because the Lord doesn’t intervene to stop a bad thing that it indicates it is sanctioned by the Lord and is the Lord’s will. Thus they conclude that the temple policy to discriminate against devotees based on their skin color must be the Lord’s desire and his own policy.

There are many things the Lord doesn’t change, which doesn’t necessarily mean he approves of it. Cow slaughter goes on even in holy tirthas in India. The Lord doesn’t change it. We can’t say it goes on because the Lord wishes it either. This material world is the playground for the conditioned souls to rebel against the will of the Lord, and He gives them that freedom to misuse their free will and exploit the resources of this realm.

To pass off all wrong things as just being the will and policy of God appears to be an escapist attitude. I don’t agree that all wrongs are the will of Krishna and as humble devotees we should let all abuse be done to us without objection. 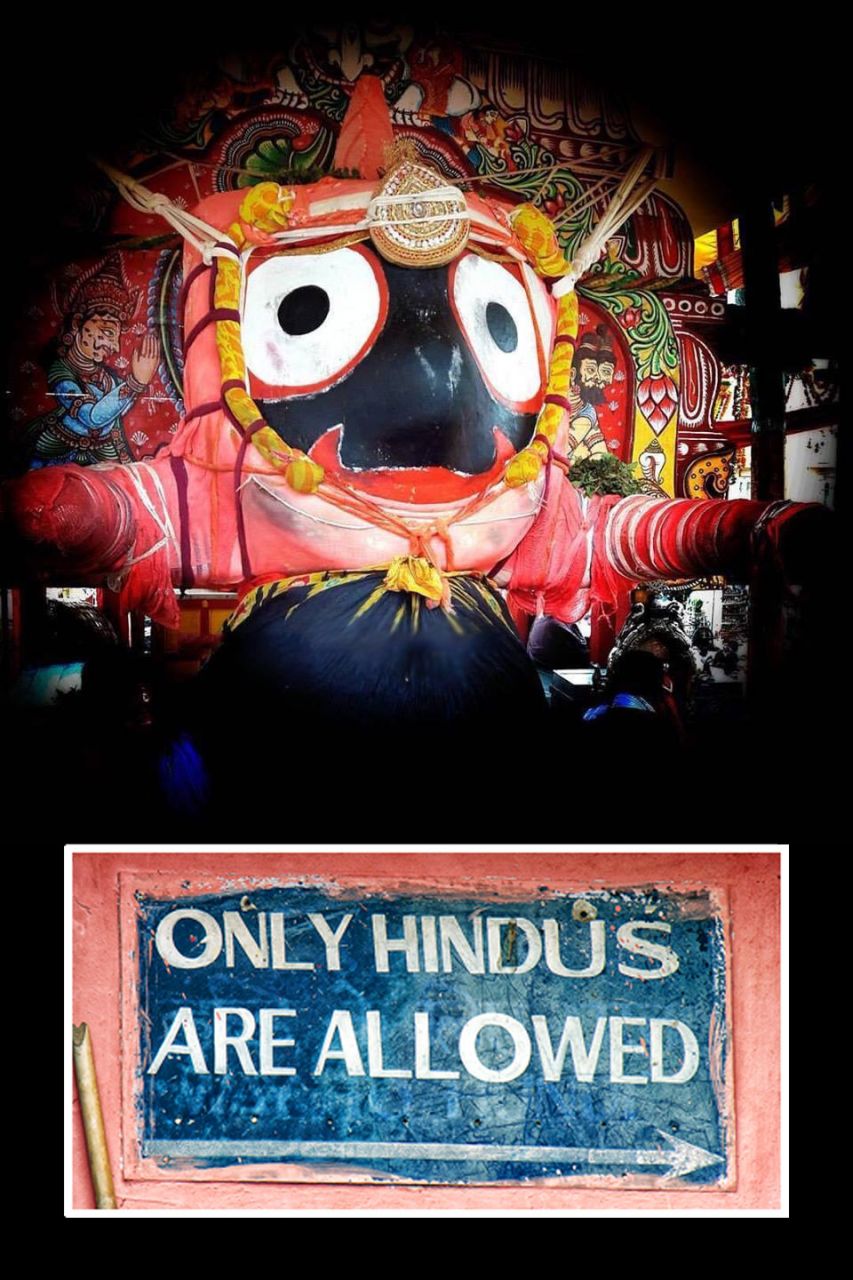 Usually some people will say we should follow the example of Haridas Thakur, a 15th century muslim devotee of Lord Chaitanya and mahabhagavata, who would only look at the temple chakra and never tried to enter the temple.

But imitation is not following. If we really believe it, that we are so fallen and have no right to stand before the Lord’s deity, then we will not enter ANY temple. That would mean that we actually believe we are fallen and not pretending and making a show of it. But if we don’t actually believe it, and just avoid one temple because we are refused by one temple administrator, then it is just an imitative show. We are definitely not following the example of Haridas Thakur, but it is just a sour grapes situation. So either believe it and avoid all temples, or pretend and make a show by just avoiding Puri temple because today there is a rule where they forbid us entry.

Another argument they give that goes along with this theme is that we should see in all events (such as this discrimination) the hand of the Lord being involved. What they fail to understand is that these two positions are not compatible. If you follow Haridas Thakur’s example as a mahabhagavata and actually consider yourself too fallen and low to be in front of the Lord, then you will see all wrongs not as the Lord’s personal involvement to help you, but as the reactions to your bad karma for being sinful in past lives. The moment you see these things as the Lord’s personal involvement and special mercy to you, you are seeing on the platform of the madhyama – where realistic intellectual viveka exists.

So their suggestion is that we should imitate the actions of the mahabhagavata while having the conception of the madhyama bhakta. This is an incompatible situation. Your actions must match your conception. When your conception differs from your action, but you still try to act similar to those on a higher platform you are pretending.

If your conception is that of the madhyama bhakta, and you see everything, including difficulties and trials, as the divine hand of the Lord showing favor to His devotee, then you also understand your own position as a devotee fit and qualified to worship the Lord in the temple, and should make effort to worship the Lord in His archa murti. You should not then pretend that you shouldn’t enter the temple because you are the most fallen and unfit – something you don’t actually believe because you have proper viveka – you see things as reality, as they factually are.

The mahabhagavata sees things falsely – he sees himself as fallen and unqualified. Though he believes it, it is not factually true. Thus it matches for the mahabhagavata to avoid entering the temple, because his conception matches that action. But it is wrong for a madhyama bhakta to do the same because his conception does not match that action, and therefore he is pretending or making a show.

Srila Prabhupada mentions in regards to Haridas Thakur’s behavior that one should not imitate him:

“No ordinary person can chant so many names, nor should one artificially imitate Haridāsa Ṭhākura’s behavior.” – Chaitanya Charitamrita, Adi-lila 10.43

Another point is that fighting for the rights of devotees is not a selfish act or a sign of lack of humility. Individually someone may feel they are fallen and have no rights. But what about the millions of devotees throughout the world, amongst whom many pure devotees exist. Defending the rights of the devotee community and the pure devotees throughout the world is more important than our own show of individual humility.

There is another aspect to the history of this temple policy of discrimination which should be mentioned.

In 1568 all Orissan temples were destroyed by an Oriya Brahmin named Kala Pahada who converted to islam because the pandas wouldn’t let him enter the temples after he married the daughter of a muslim king in Bengal. To avenge the insult he led the army of the muslim king into Orissa, killed the king of Puri at Cuttack, who he previously served as general, and then preceded to destroy all the temples in Orissa he came across. He destroyed Konarak temple, sacked Puri temple, destroyed Kanthila Nilamadhava temple, Cuttack Chandi, Viraja, Kichakeswari temple, basically every single temple in Orissa. This is just a few decades after the departure of Chaitanya Mahaprabhu. People often cite that Haridas Thakur and other Siddha Purushas were not allowed in the temple, but what about the consequences? Lord Jagannatha allowed his temples to be destroyed just a few years later.

It was an Oriya brahmin who led the destruction of Orissa’s temples, taking revenge because he was made an outcaste by the Puri pandas, who he had fought for and risked his life to defend, as general of the Puri king. This is the history of how Orissa was conquered by muslim invaders, led by a brahmin convert and how every temple was destroyed and desecrated.

There is another bit of history on the negative effects of this discrimination. Due to this temple’s past restrictions against adivasis (tribals and forest people), in the 1800’s a saint named Mahima Gosai in Dhenkanal started a religion that became known as Satya Mahima Dharma, commonly referred to as Alekha Sampradaya. Because the pandas would not allow the adivasis into any temples, this religion subsequently rejected all temples and deities, and taught only to worship God in the form of nirguna brahma through fire. So they reject worship of Jagannatha and Shiva, and only worship God as Alekha. Their sampradaya mostly follows mystical yoga sadhana, and has a huge following in rural Odisha, with hundreds of thousands of followers. Due to discrimination by priests, these people have turned away from the devotional worship of Jagannatha and reject all deities and temples.

Prior to Gandhiji’s intervention, Puri Jagannatha temple did not allow low caste Hindus, tribals, adivasis, etc., to enter the temple. I think most people, including Indians and the pandas, will agree it was correct for Gandhiji to fight for the rule to be changed, despite it being a very old rule enforced for thousands of years. Simply being an old tradition does not make something correct.

Just as the rule was changed in the time of Gandhiji to allow the low caste Hindus entry to the temple, so in the same way the rule can be changed again in the future to allow the western Hindus to also enter the temple. Not all traditions are eternal. Those that weaken the foundations of sanatana dharma need to be adjusted for the greater good. How many low caste Hindus and adivasis over the last 100 years have converted to Christianity, Islam and Buddhism because they have been denied entry to temples in India and told God does not want to see them? Even today, despite the laws allowing it, there are untouchables who are denied entry to temples in the interior areas of Orissa, and it comes up in the news from time to time. It is time for these outdated customs to be removed so that sanatana dharma can spread far and wide.

The reality today is that there are Hindus throughout the world from all nationalities. In the past a foreigner may have been synonymous with a non-Hindu. But times have changed and now there are Hindus from every country. The temples need to take this new reality into account and properly define what a Hindu is so that Hindus from all countries, nationalities and races can have access to worship the Lord in His temples. 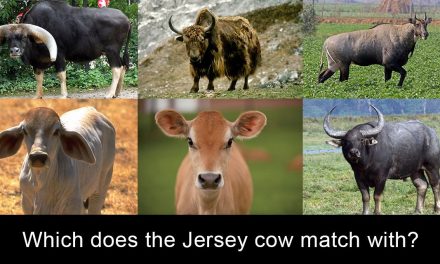 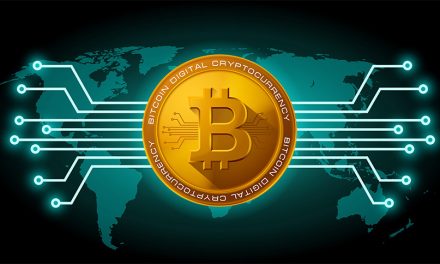 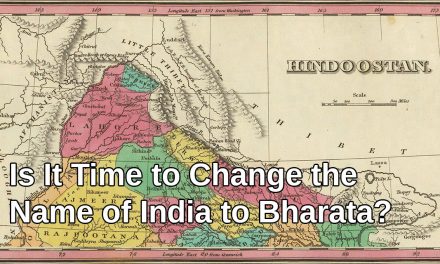 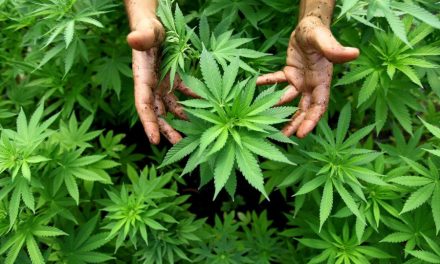