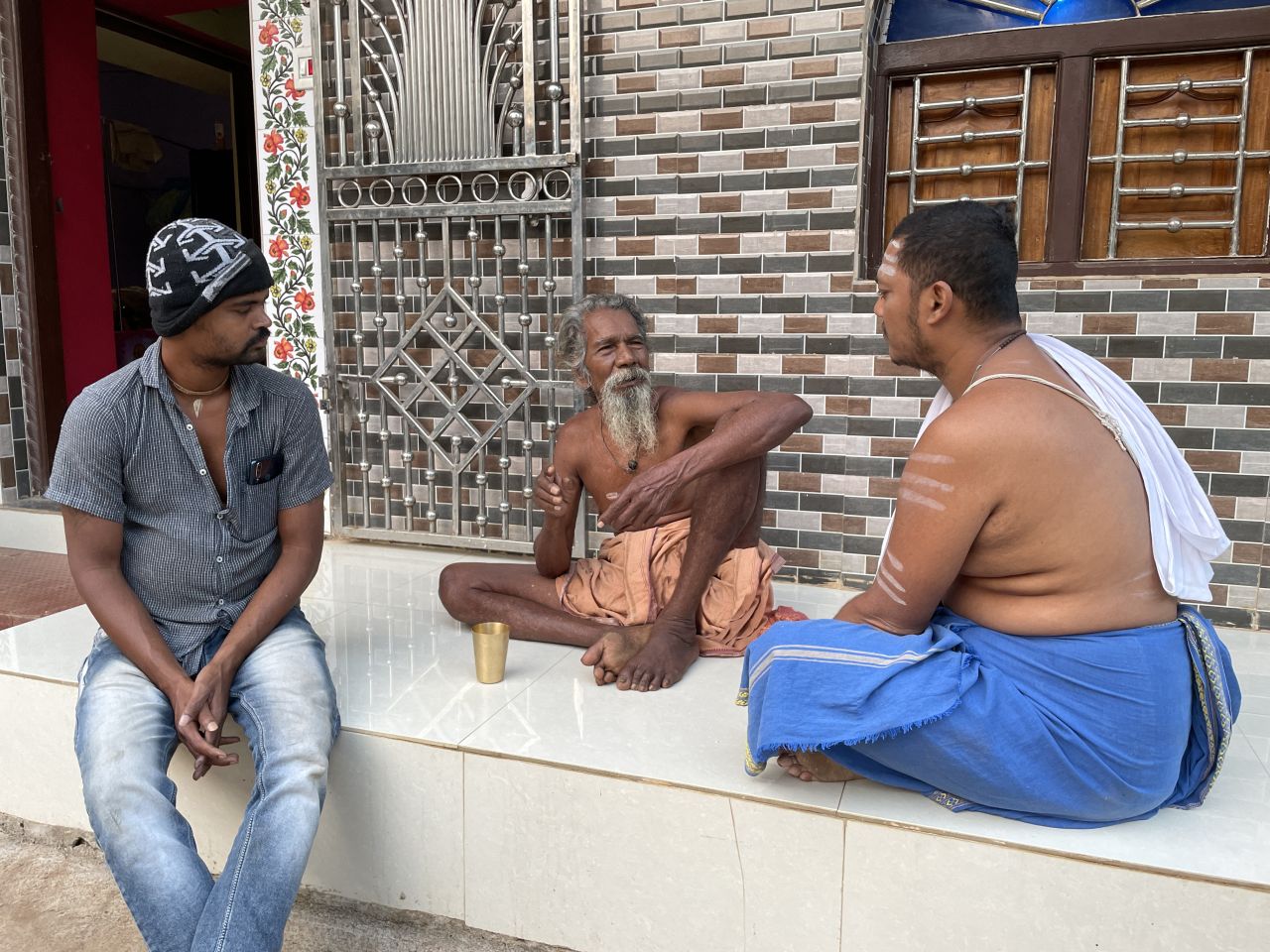 Yesterday I went to see 101 year old sadhu Brahma Chaitanya Das. Due to the cold weather he was staying at a devotee’s house in Chenapadi village rather than at his ashram in the forest.

Every year he goes to Jharkhand in December to attend the annual Gita yagya festival held on Gita Jayanti at his guru’s samadhi, where many sadhus attend. I went to ask him if he would be going this year and if we could arrange a vehicle to take him to Jharkhand. 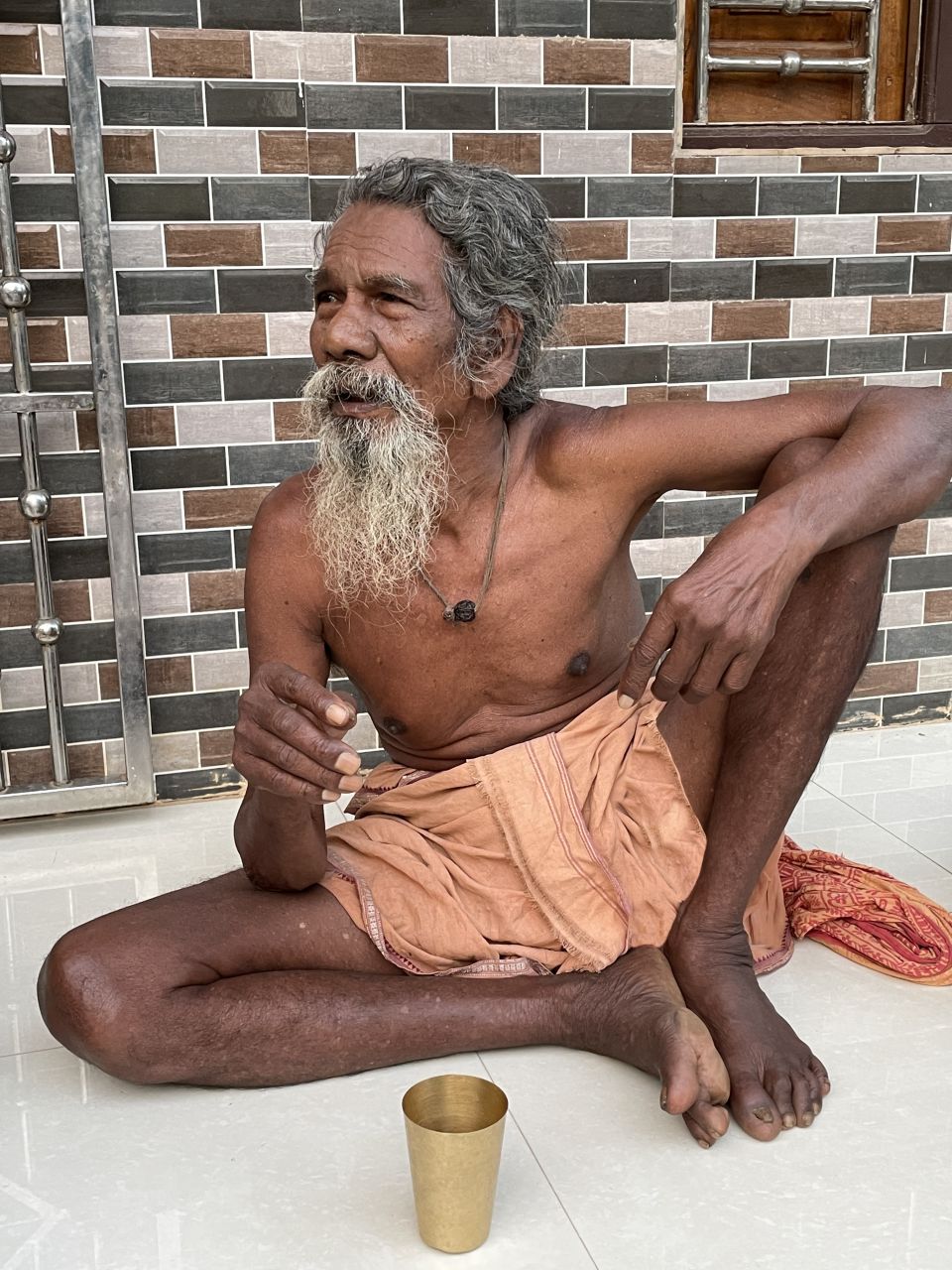 He said this year he would not be going, as due to his old age he was not feeling strong. Instead he asked me to take him back to his ashram on the 4th of December and they will hold a smaller Gita yagya there on the 5th. 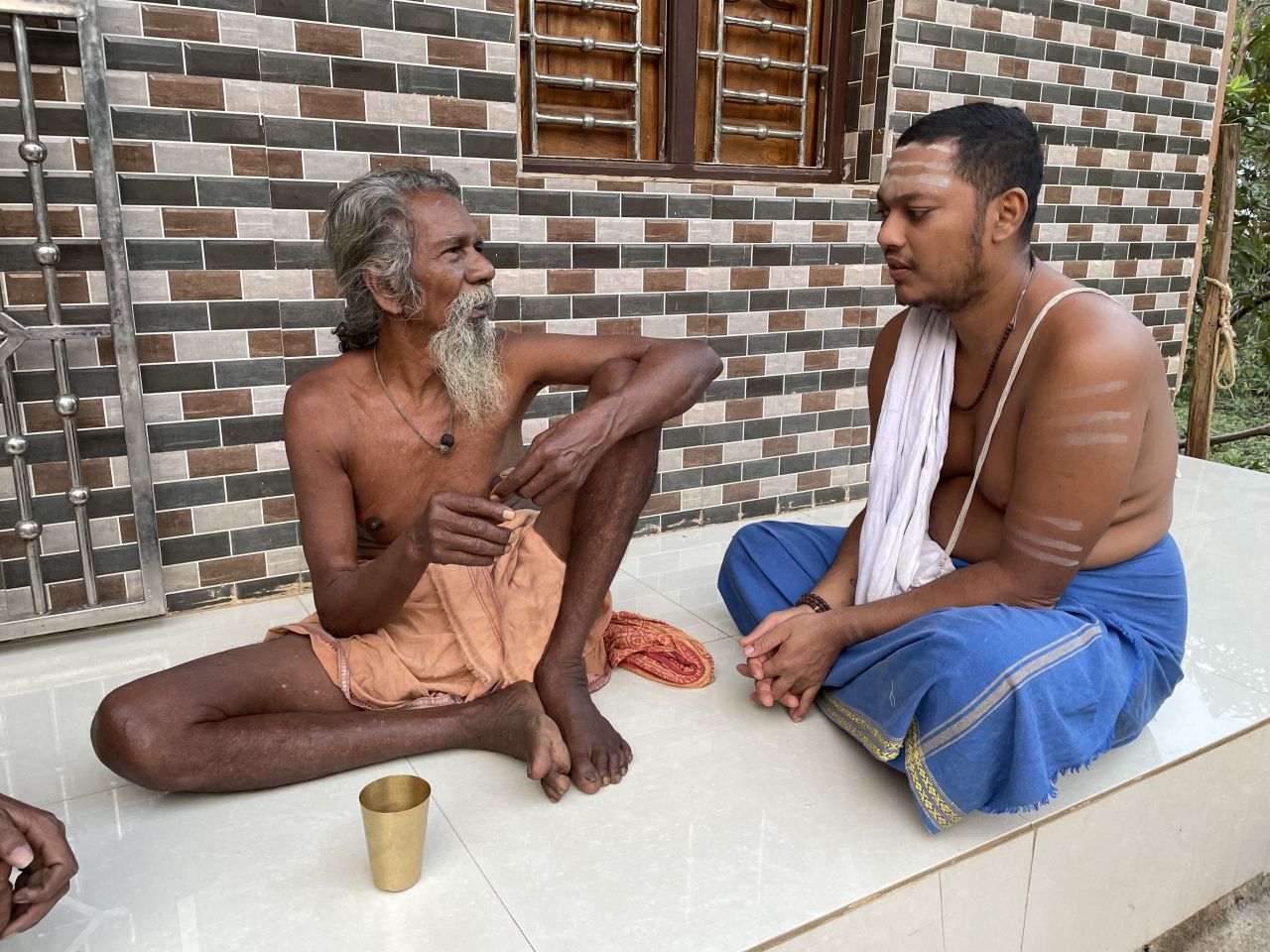 When we arrived there the house owner had just brought him a cup of tea (in the photo you can see the brass cup). As soon as he saw us, Baba asked the house owner to make tea for all of us. Then he sat for 10 minutes without touching his own cup of tea, because he did not want to drink in front of us if we didn’t also have tea. We kept requesting him to drink his tea, but he wouldn’t touch it, and let it get cold waiting for us to also have a cup of tea.

He is a 101 year old saint who has spent his entire life living in the forest doing sadhana and tapasya, but still he won’t drink his tea if his guests aren’t also provided tea to drink. 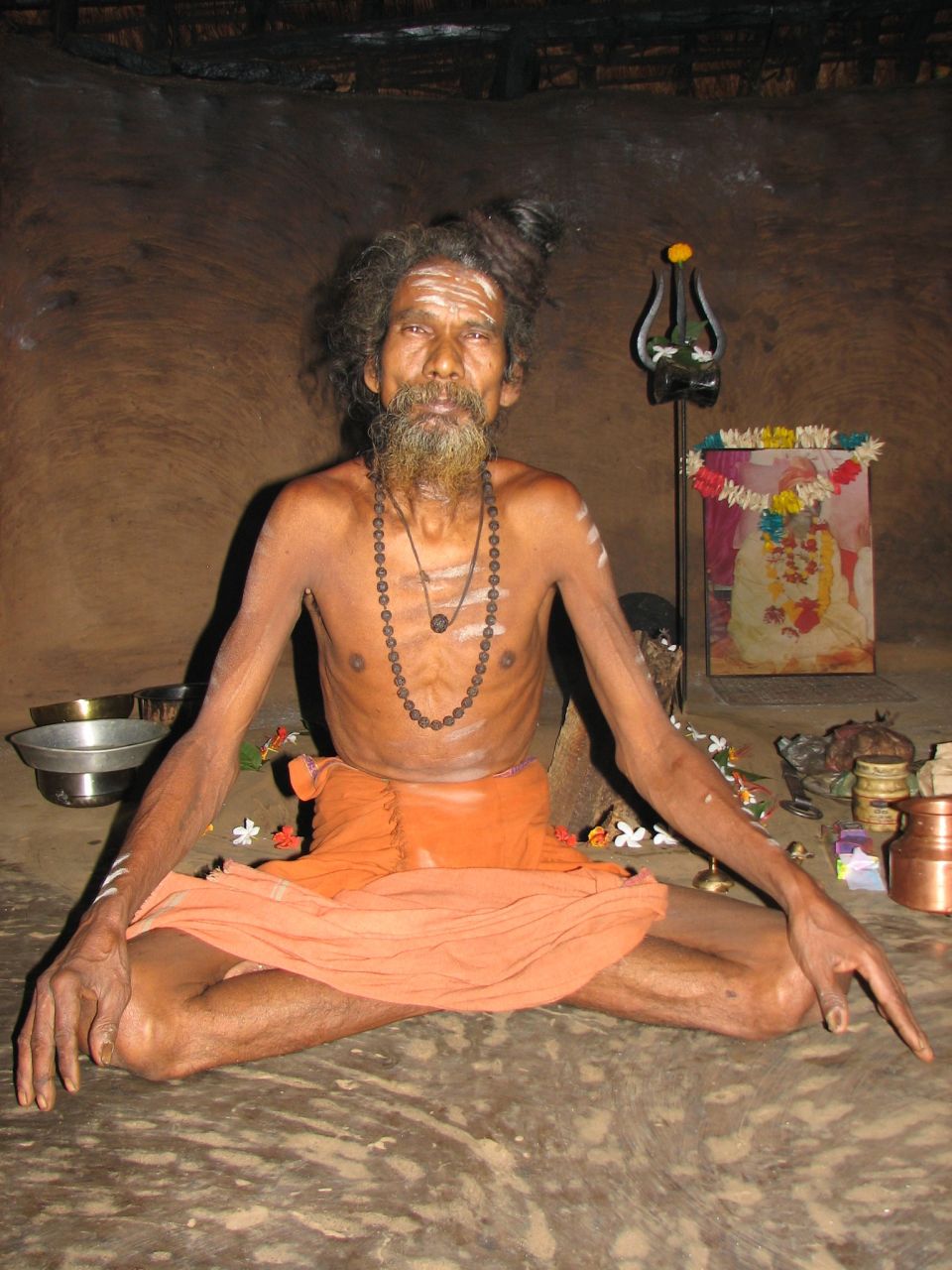 When I first met him 20 years ago, this is how he looked. Now in his old age he has had to cut off his jatta (matted hair) as it caused problems for his health. When he would open it for washing, it would extend all the way to the ground, more than 6 feet in length. Of all the photos I have ever taken, this is my favorite. 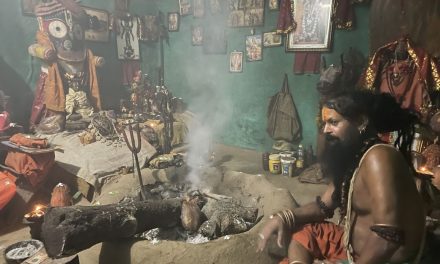 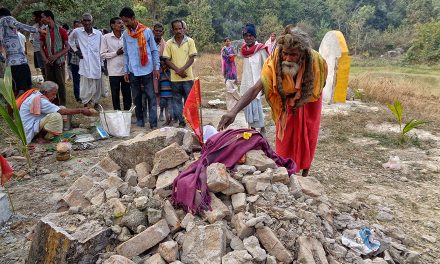 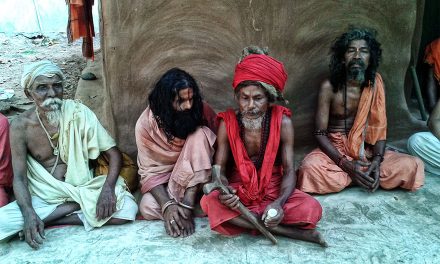 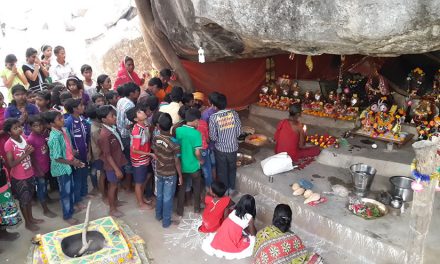